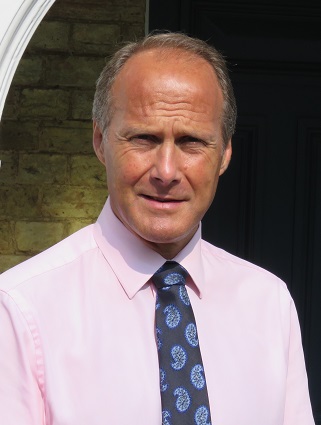 Martin is our Chaplain, and also, with Deborah, in charge of Mayfield Lodge.  They met whilst at Exeter University, and both qualified as teachers in July 1985.  Their first post was at Papplewick School, Ascot. Twelve years whizzed by and, two children later, Martin was appointed Headmaster at Old Buckenham Hall, Suffolk. After thirteen years as Headmaster, the Ives sampled a "gap year" and relocated to their house in the south of France.  They returned to boarding schools in September 2011 with their appointment to Summer Fields.
Their family now includes two grown-up children and two not-so-grown-up Jack Russells!  When they are not living at Mayfield, they decamp to France.